skip to main | skip to sidebar


Channing Tatum was born in a small town called Cullman, outside of Birmingham, Alabama. Growing up, he was full of energy and somewhat troublesome, so his parents decided to enroll him in different sports such as track and field, baseball, soccer, and football to keep him out of trouble. In the ninth grade he was sent to catholic school. It was there that he discovered his passion for football and his hopes became centered on earning an athletic college scholarship. Channing's goal was finally met, and in his senior year in high school, he was recruited and earned a full athletic college scholarship to a school in West Virginia.

Tatum is also skilled in Kung Fu and in Gor-Chor Kung Fu, a form of martial arts, in which he has earned belts in both. Channing later left college and, in the meantime, worked as a construction worker, a stripper, a mortgage broker and salesman. He has modeled for Abercrombie & Fitch, Nautica, Gap, Aeropostale, Emporio Armani, and has been featured in television commercials for American Eagle, Pepsi, and some very popular mountain dew commercials.

Channing can be seen on the big screen as a featured actor in Coach Carter (2005), in which he plays a high school basketball player. He was also in the very popular TV series "CSI: Miami" (2002) where he played the role of Bob Davenport.


Jessica Stroup was born October 23rd 1986, in Anderson, South Carolina, USA. At the age of 17, she received a scholarship to attend the University of Georgia, but turned it down to pursue acting. At only 17, she moved to Los Angeles and immediately took acting classes and received both modeling and acting offers. Since then, Jessica has starred in several hit horror movies including Prom Night (2008/I) and The Hills Have Eyes II (2007), and is booked a lead role in the brand new spin-off "90210" (2008) as one of the lead characters, "Erin Silver". In her spare time, Jessica enjoys hanging out with friends and family, watching movies, playing volleyball and listening to music. 
Leighton Marissa Meester (born April 9, 1986) is an American actress and singer. Meester gained fame for playing the role as Blair Waldorf in the CW young-adult television series Gossip Girl. She subsequently ventured into motion pictures and has many successful films to her credit, including Flourish, Remember the Daze, Drive-Thru, and Killer Movie. She most recently appeared in the 2010 country drama film, Country Strong. As of January 2011, she is set to appear in three big screen movies: The Roommate, Monte Carlo and The Oranges. 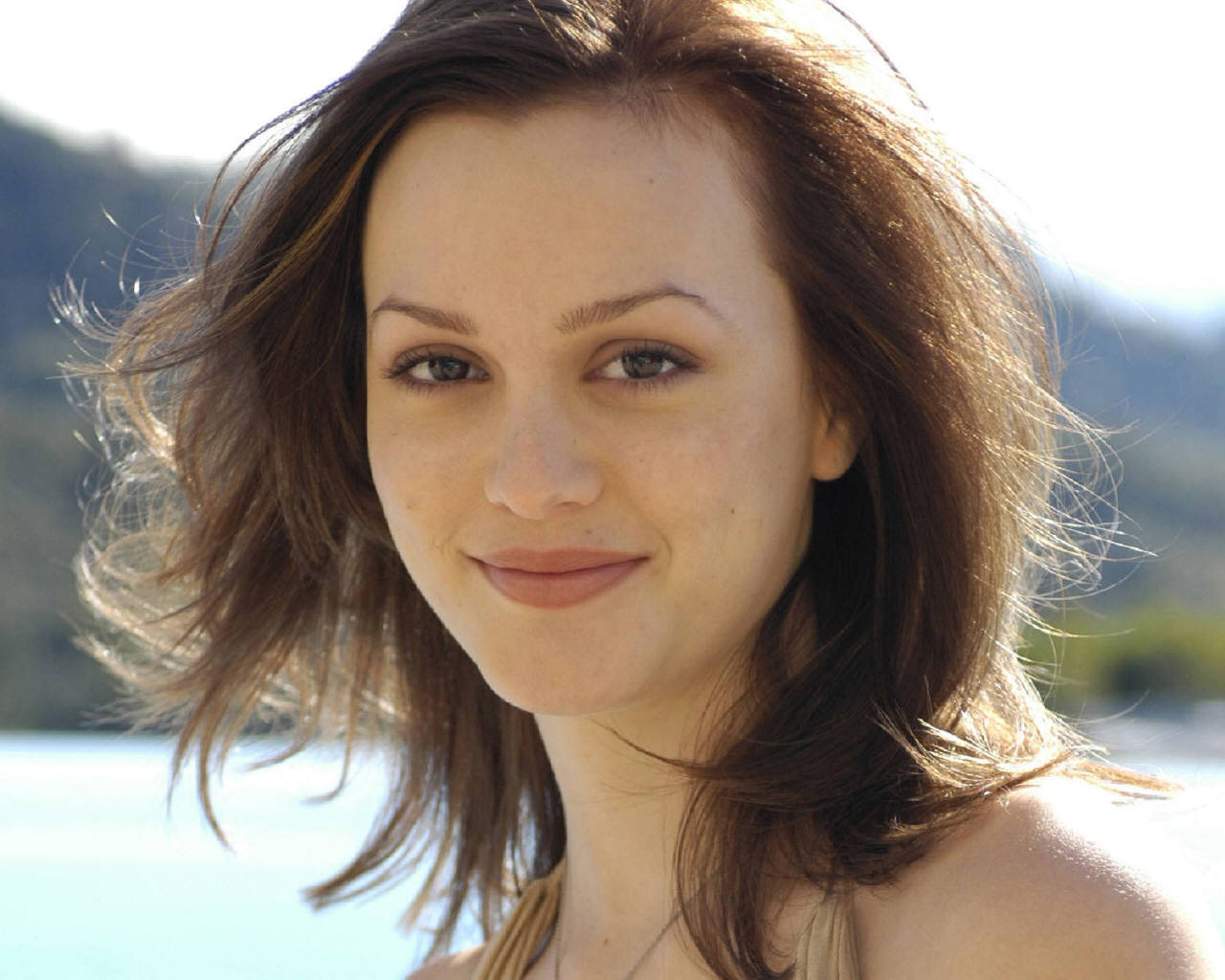 
Miley Ray Cyrus (born Destiny Hope Cyrus; November 23, 1992) is an American actress and pop singer. She achieved wide fame for her role as Miley Stewart/Hannah Montana on the Disney Channel sitcom Hannah Montana. Cyrus recorded music for the soundtracks, Hannah Montana (2006) and Hannah Montana 2/Meet Miley Cyrus (2007), released by Walt Disney Records. With the success of the Hannah Montana franchise she established herself as a teen idol. In 2007, Cyrus signed to Hollywood Records to pursue a solo career. She went on the Best of Both Worlds Tour the same year, in which she performed as both herself and in character as Hannah Montana. The tour was eventually turned into a high-grossing concert film entitled Hannah Montana & Miley Cyrus: Best of Both Worlds Concert (2008). In July 2008, Cyrus released her first solo album, Breakout (2008), which was commercially successful.

She began her foray into film by providing the voice of "Penny" in the animated film Bolt (2008). Cyrus earned a nomination for the Golden Globe Award for Best Original Song for her performance of Bolt's theme song, "I Thought I Lost You". She also reprised her role as Miley Stewart/Hannah Montana in Hannah Montana: The Movie (2009). The Hannah Montana: The Movie' soundtrack introduced her to new audiences within country and adult contemporary markets.

She began to cultivate an adult image in 2009 with the release of The Time of Our Lives (2009), an extended play which presented a more mainstream pop sound, and by filming The Last Song (2010), a coming-of-age drama film. The former included Cyrus's best-selling single, "Party in the U.S.A." (2009). A studio album titled Can't Be Tamed was released in 2010 and presents a new dance-pop sound. The music video and lyrics of the album's lead single, "Can't Be Tamed", portrays a more sexualized image for the entertainer. Cyrus ranked number thirteen on Forbes' 2010 Celebrity 100. 
Heather Graham was born in Milwaukee, Wisconsin, and raised in a strict household. Her father worked for the Federal Bureau of Investigation and her mother was a former schoolteacher and author. Heather and her sister, Aimee Graham, were forced to relocate often as a result of their father's occupation, and Heather became increasingly shy. Surprisingly, she had a passion for acting from an early age and despite being labeled a "theater geek" by her peers, she was voted Most Talented by her high school senior class. Unfortunately, her love of acting created a tension between her and her family, although her mother obligingly drove her to auditions in Hollywood throughout her adolescence. Shortly after graduating high school Heather moved to Los Angeles and got small roles in a variety of films, including Drugstore Cowboy (1989). When her career did not take off as quickly as she had hoped, Heather enrolled in the University of California at Los Angeles to get her degree in drama. Heather dropped out of UCLA after two years to pursue her acting career on a full-time basis, playing a recurring role on the television series "Twin Peaks" (1990) and appearing in such films as Diggstown (1992) and Six Degrees of Separation (1993). Aside from gaining a modeling contract with Emanuel Ungaro Liberte, Heather has starred in over 50 films. Her career started to gain momentum when she appeared in Swingers (1996), a role she received after being taken out swing dancing by Jon Favreau. After a well-received performance in Boogie Nights (1997), she appeared in several high-profile films such as Lost in Space (1998), Bowfinger (1999), Austin Powers: The Spy Who Shagged Me (1999), From Hell (2001), and Anger Management (2003). Her roles consisted of prostitutes, strippers, porn stars and lesbians. Heather also appeared in nine episodes of "Scrubs" (2001) during its 2004-2005 season, and starred in many independent films, including Bobby (2006), which received critical acclaim. After starring on her own short-lived sitcom and a number of forgettable movies, she appeared in the blockbuster comedy The Hangover (2009). Heather has never married, although she has had romances with actors Heath Ledger, James Woods, Matt Dillon, Edward Burns, Kyle MacLachlan, Josh Lucas, Leonardo DiCaprio, Elias Koteas, and Matthew Perry, musicians Adam Ant, Elijah Allman, and Jason Falkner, and directors Stephen Hopkins, Chris Weitz, and Yaniv Raz. 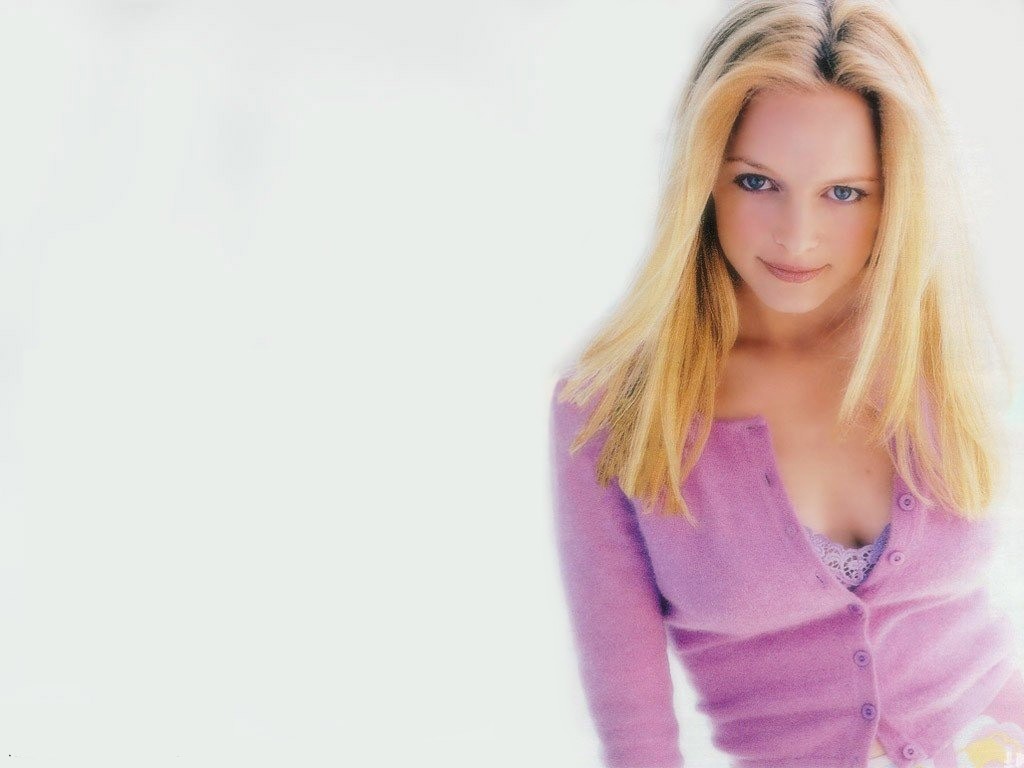 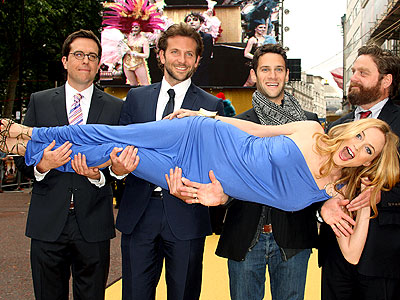 
Isabel Lucas (born 29 January 1985) is an Australian actress perhaps best known for her role as Tasha Andrews on the Australian television soap opera Home and Away (2003–2006). Lucas moved to Los Angeles in early 2008 and has since been featured in film and television projects including Transformers: Revenge of the Fallen, The Pacific and Daybreakers. 
Born in Mexico City in 1990, Diego began his career at the age of 12 through his participation in a children's singing reality show in Mexico. When passing to the finals, he was chosen to be a part of his first television production as Ricardo in Alegrijes y Rebujos which also had a musical group attached to the project. The musical group was nominated for the Best Children's Group in the Latin Grammys in 2004. For his next project, he was chosen as the lead for Mision SOS where he played Chrisitian. Here too he formed part of the musical group. Immediately finishing this series in 2005, he joined the famed Mexican teen series - Rebelde. He launched his first solo album through EMI Music and toured with Rebelde's musical group, RBD, throughout Latin America, Europe and the U.S.A. as a solo artist. Thanks to his popularity, he was asked to record the CD in Portuguese and sold over 100,000 copies in Brazil alone. His first musical production won him MTV Latin America Best New Artist Nomination in 2006. In 2008 he was the executive producer of his second musical production - Diego Indigo. Diego wrote 9 of the 11 songs in this album and it received gold status within the month of its release. He was nominated as the Best Solo Singer at the Latin MTV Awards in 2008.

Diego has moved to Los Angeles and is working on his third musical production and continues to pursue his passion in acting. 
Meaghan Jette Martin (born February 17, 1992) is an American actress and singer, who is known for her role as Tess Tyler in the Disney Channel original movies Camp Rock and Camp Rock 2: The Final Jam. She starred in the now canceled ABC Family television series 10 Things I Hate About You as Bianca Stratford, and she was the main character Jo in Mean Girls 2. 
Robert Douglas Thomas Pattinson (born 13 May 1986) is an English actor, model, musician, and producer. Born and raised in London, Pattinson started out his career by playing the role of Cedric Diggory in Harry Potter and the Goblet of Fire. Later, he landed the leading role of Edward Cullen in the film adaptations of the Twilight novels by Stephenie Meyer, and came to worldwide international fame. Pattinson was ranked as one of the highest paid actors in Hollywood based on 2009 earnings. In 2010, Pattinson was named one of Time magazine's 100 Most Influential People in The World, and also in the same year Forbes ranked him as one of the most powerful celebrities in the world in the Celebrity 100. His upcoming films include Bel Ami, Water For Elephants, Unbound Captives, and The Twilight Saga: Breaking Dawn Parts I and II. 
Hayden Leslie Panettiere was born on 21st August 1989 in Palisades, New York. She still lives in New York with her parents, Lesley Vogel and Skip Panettiere, and younger brother Jansen Panettiere. Her mom got her started in the business by doing commercials when she was just 11 months old. Then, at only 4 1/2, she was cast on the soap opera "One Life to Live" (1968), where she remained until 1997. Since then, she has gone on to appear in many feature films and TV movies. But she is probably best known in the United States for her role as "Claire" on the hit TV show "Heroes" (2006/II).

As for movies, Hayden starred in Remember the Titans (2000) with Denzel Washington and Joe Somebody (2001) with Tim Allen. When Hayden isn't working, she enjoys singing, dancing, horseback riding, gymnastics, taking piano lessons, and swimming.

She has been involved with many animated movies, beginning with A Bug's Life (1998) as "Dot", later to follow was Dinosaur (2000), the video game Kingdom Hearts (2002) (VG), and The Mark of Kri (2002) (VG). Her next movie is Racing Stripes (2005), a partly animated film, but Hayden will star in the human role; other cast members include the voices of Whoopi Goldberg, Dustin Hoffman, Joshua Jackson and Mandy Moore.

In 2003, she joined the likes of Jessica Lange, Tom Wilkinson, and Clancy Brown in Jane Anderson's Normal (2003) (TV) a film about a Midwestern husband and father who announces his plans to have a sex-change operation. In July of the same year, Hayden appeared in a John Guare play, "Landscape of the Body", for the Williamstown theater festival in Williamstown, Massachusetts. 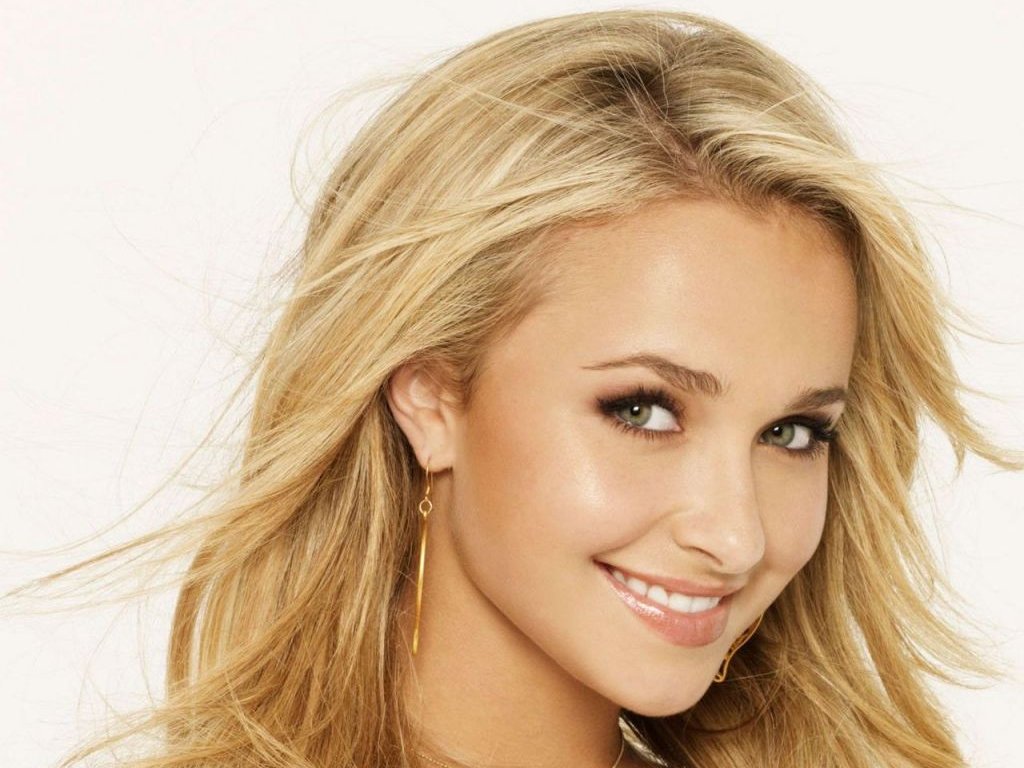